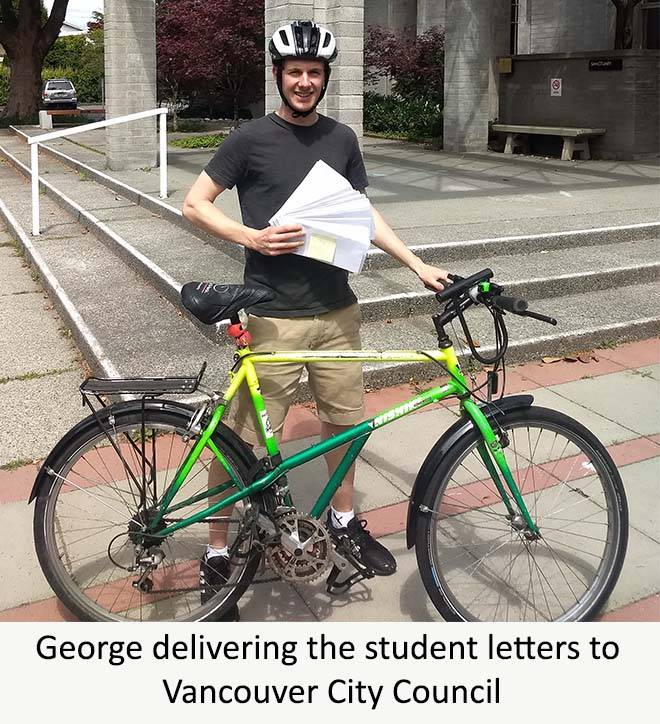 “I’m 14, today. It’s my birthday,” said one of the 20 high school students crowded around a few cafe tables. We weren’t gathered for a birthday party. We were gathered to write letters to Vancouver City Councilors to urge climate action. Since when is this something teens do...especially on their birthday?

After introductions, we spread out to every corner of the cafe to write. Vancouver City Councilors were about vote on whether the city should formally request that fossil fuel companies contribute to paying for climate change adaptation costs. The students were writing to urge Councilors to hold Big Oil accountable.

I’m not a high school student. I’m 23, studying Economics and Math at UBC. I thought I’d put together the letter-writing session to offer support to teens who’ve never done this kind of thing before. But I never expected such a strong turnout (kudos to the two other adults who showed up as well!). Nor did I expect the teens to write 69 letters in total, and for three of teens to actually deliver speeches to City Council as well. Partially thanks to the strong youth voice, the motion passed.

Why do climate policy issues like the Climate Accountability Motion matter to today’s teens? Well, as one high schooler wrote, “the people with the most power aren’t doing their part, are not taking responsibility for their own actions... and [are] jeopardizing our whole future.”

What did you do on your 14th birthday? Back in 2009, on my 14th birthday, my friends and I gathered in my basement to celebrate. We didn’t bring up climate change. We weren’t anywhere close to writing letters. But that’s because today’s young people are growing up in a different age. It’s an age where their futures are defined by a single issue that adults, by and large, are ignoring.

“I turned fourteen today, but instead of celebrating with my family and friends, I’m asking for my future. I want to live, grow old, have a family: something that shouldn’t be a luxury.”

No, having a future should not be a luxury. And confronting this existential crisis should not be a burden only felt by children. But teenagers are the ones leading by making personal sacrifices and taking action. Every one of us must take inspiration, and do the same. 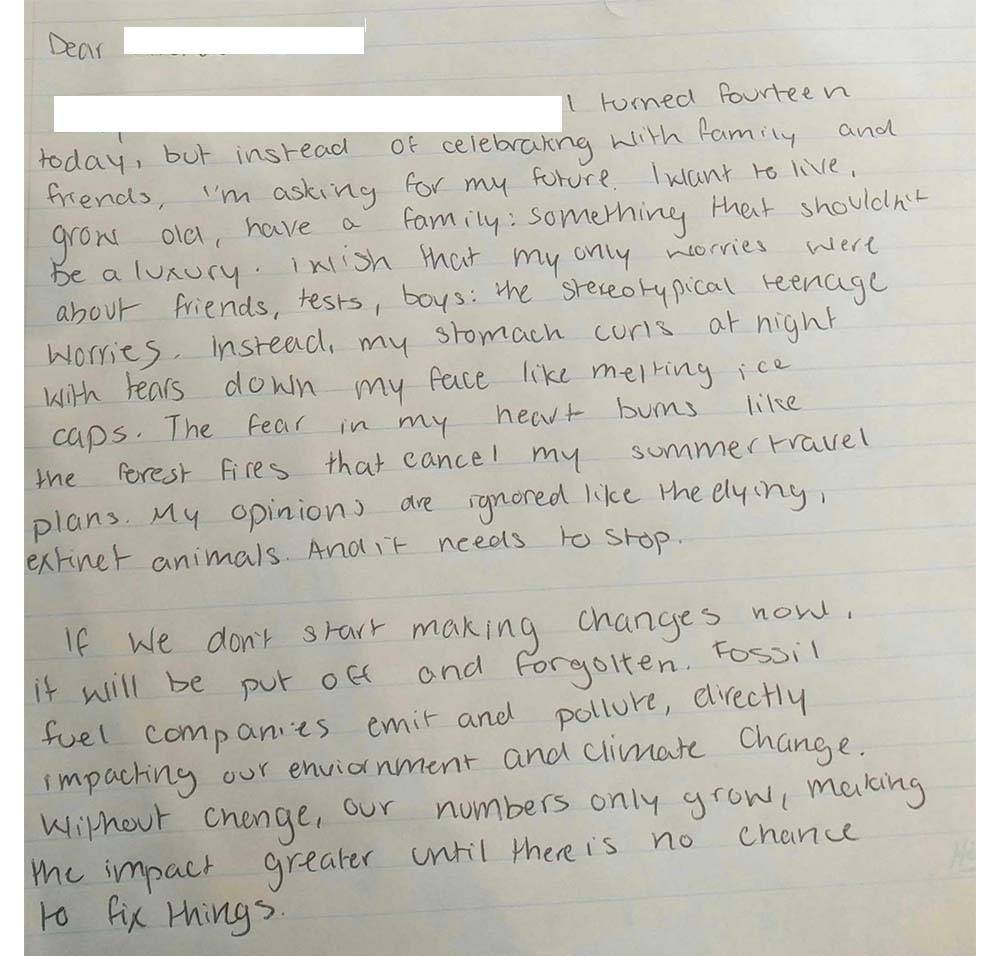 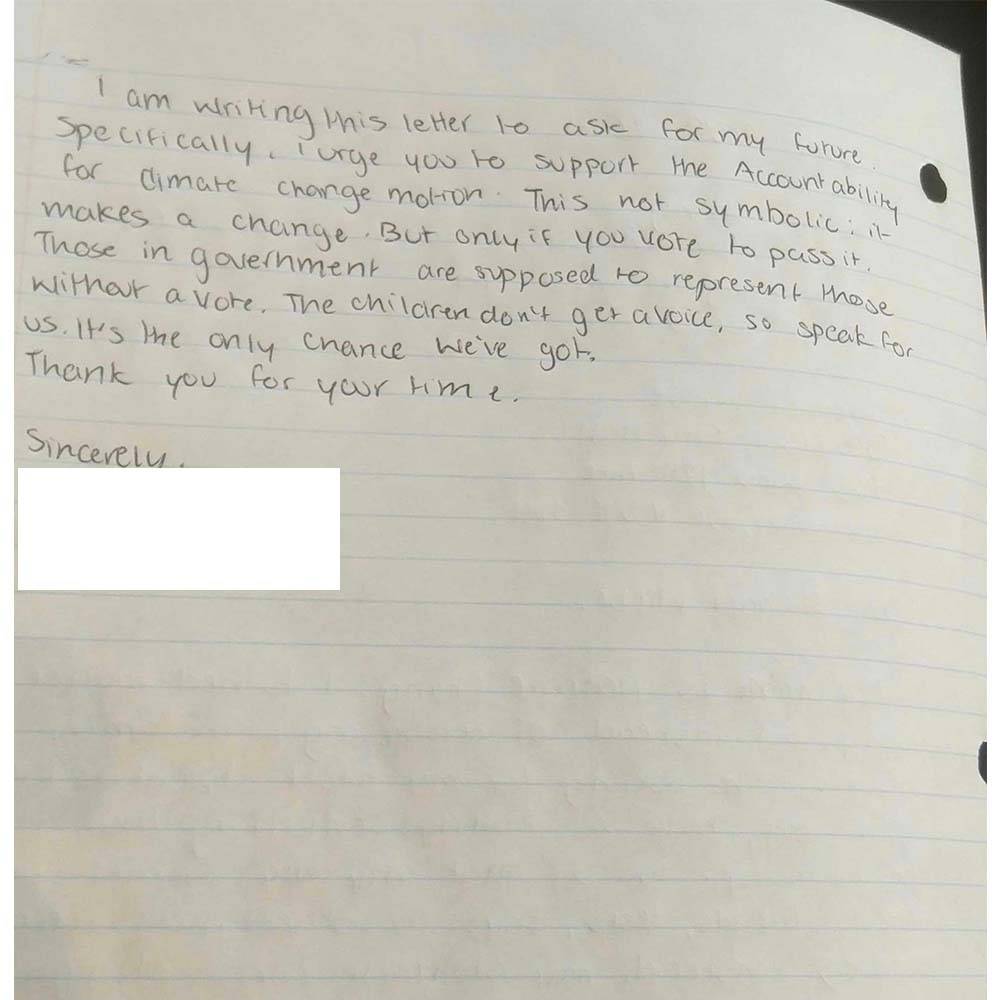