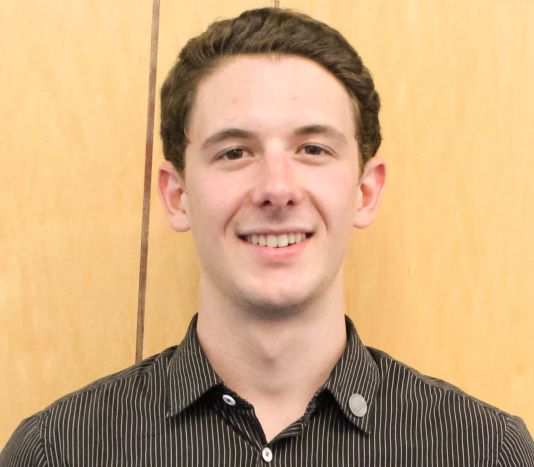 George Radner is the Executive Director at Be The Change Earth Alliance. He first joined Be The Change as the Program and Operations Coordinator in the summer of 2019. George also served as a student representative on the BTCEA Wisdom Circle. George is passionate about climate justice and has been actively volunteering with climate and environmental groups since high school. He has a BA in Economics and Mathematics from the University of British Columbia. George seeks to use the technical knowledge and skills from his degree to become a more effective advocate for the issues he cares about. George is a founding member of the student-led UBC Climate Hub and leads their Youth Climate Ambassador Project, which trains university students to facilitate hope-inspiring climate action workshops in high schools. He first connected with Be The Change when exploring ENGOs that could help implement this project.

George was born in Washington D.C., ancestral territory of the Anacostans, and grew up in Toronto, traditional territory of many nations including the Mississaugas of the Credit, the Anishnabeg, the Chippewa, the Haudenosaunee and the Wendat people. George has lived in Vancouver on unceded, traditional and ancestral territory of the  xʷməθkʷəy̓əm (Musqueam), sel̓íl̓witulh (Tsleil Waututh), and sḵwx̱wú7mesh (Squamish) peoples since 2014. His favourite activities include bird watching, biking, and meditation. 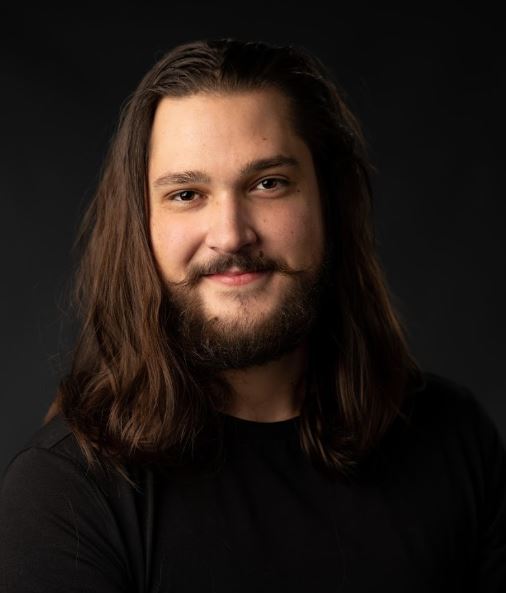 From his roots in Nova Scotia, traditional Mi’kma’ki territory, Jake has walked through the last 10+ years as a social and environmental justice activist on his journey through becoming a change-maker. He holds a Combined Honours B.A. in Sociology and Environmental Sustainability, Minor in Philosophy from Dalhousie University.

Jake finds himself inspired by the depth of the human experience, and our sacred capacity to heal ourselves, each other and our earth through intention and practice of profound relationships between our inner and outer worlds. For Jake, climate change and the increasingly chaotic feedback from the destruction of our biosphere in the external world, is mirrored by the health of our individual and collective inner worlds which are at the root of the culture and systems whose rhythms are misaligned with the cadence of our local and climatic ecosystems. Right now, he is on a path of becoming a healer, who can assist others in rebuilding the way we relate to our ‘self,’ others and the environment, to serve humanity by helping to unlock and empower our greatest potential, for a better life and world rooted in love and an uncompromised willingness to coexist.

Jake is a musician, energy worker, practiced facilitator and experienced political campaigner for local climate solutions and policy. He has seen local victories across Metro Vancouver, working with communities to elect climate leaders and win motions in several cities declaring climate emergency and adopting rigid greenhouse gas reduction targets (IPCC, Net-Zero by 2050). As a volunteer with Greenpeace, SeaWolves, and Stand. Earth, he has taken non-violent direct action and been arrested and charged twice to stop construction of the TransMountain pipeline, disrupted a press conference with Prime Minister Trudeau and confronted the world’s largest companies for deforestation practices. Jake takes action on climate and environment in solidarity with Indigenous Peoples and acknowledges his occupation of unceded ancestral territory of Coast Salish Peoples.

As an avid nature lover, Elnaz has been honoured to live most of her life in beautiful British Columbia. She currently resides in Vancouver on the unceded, traditional and ancestral territory of the  xʷməθkʷəy̓əm (Musqueam), sel̓íl̓witulh (Tsleil Waututh), and sḵwx̱wú7mesh (Squamish) Peoples. Her background is in natural resource management, agro-environmental sciences and environmental health. She enjoys all work related to the environment and to empowering individuals and collectives to take action to conserve and protect our natural world. She is also passionate about developing the next generation of environmental stewards and changemakers that are prepared to make positive changes in their communities and beyond.Her favourite hobbies include embroidering, weaving, painting, reading and the playing of various musical instruments. She also loves learning about sustainable agricultural practices, botany and horticulture.

Kelvin Lee joined Be the Change Earth Alliance in January 2020, as the Operations Coordinator. He has a Bachelor of Art’s degree in Labour Studies with a Certificate of Social Justice from Simon Fraser University. After working in the automotive industry for three years, he is excited about the opportunity to educate others and help change their perspectives about climate change. His passion for social justice and climate change was fueled by his education which largely focused on migrant labour. He understands that education and awareness are key in the fight against climate change. In his spare time, he volunteers with new immigrants to help acclimate them and is interested in photography.

Katie Maki is fortunate enough to grow up in BC on the kʷikʷəƛ̓əm (Kwikwetlem) and sel̓íl̓witulh (Tsleil Waututh) territories, and now resides in what is currently called Port Moody. She grew up with a love for nature and passion for changing the world, leading her to feel intense climate grief. Upon graduating from Simon Fraser University in 2018 with a focus on journalism, global social justice and climate change policy, she began searching for her key societal purpose.

Her organizing journey began by attending local rallies and protests, and eventually dedicating all other free time to climate change issues. She worked with other volunteers and organizers in the 2018 municipal election to help elect climate leaders throughout Metro Vancouver. With hardwork and dedication, over 12 cities began the hard work of adopting the United Nations IPCC targets and subsequent community actions, such as New West’s car free streets, to reduce their emissions drastically by 2030.

She is excited to empower the next generation of changemakers and show them they can have hope and agency, especially with the state of the world today. In her free time, she is an avid hiker, reader, writer, meditator and yogi. She volunteers at local events to protect indigenous and anti-racist activists, and as the Secretary of the Tri-Cities Pride Society.