Salmon and the Salish Sea

In January of 2018, Chief Phil Lane Jr. and Rebecca Tobias from Four Worlds International approached Be The Change Earth Alliance to collaborate on a project called Salmon and the Salish Sea. 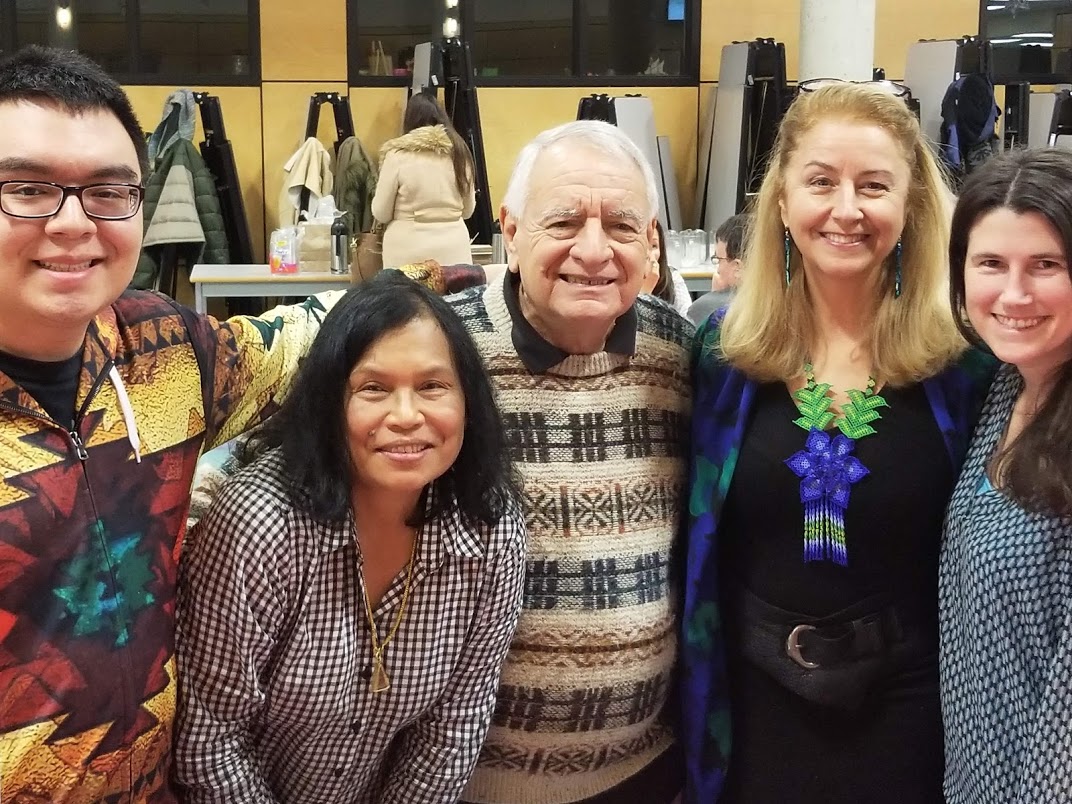 Chief Phil Lane Jr. and Rebecca Tobias from Four Worlds International Institute and Maureen Jack-LaCroix and Erin Leckie from Be The Change, met many times to discuss a project to empower young indigenous youth, and we were particularly inspired around our sacred and important connection to Salmon.

As we began to research, we reached out to Chief Phil’s son Tiger Lane about the Indigenous Club at Earl Marriot, and Chief Phil Lane Jr. met with school councillors, teachers, and other local chiefs to gain a greater understanding of the community needs and resource gaps we could potentially fill through this initiative.  We found there was a greater need for the Earl Marriot club to have funds to pursue existing projects around reconciliation and hearing each other’s stories, than our original vision of a cohesive indigenous club exploration and action around local salmon.

At the same time, Be The Change did extensive research on educational resources that already revolved around understanding the environmental or social importance and/or the cultural significance of salmon, finding that really great resources had already been created and were freely available.

For this project we decided to take a two-fold approach. Firstly, we are awarding funds to the Earl Marriot indigenous club to carry out projects of honouring and connecting with each other (such as hosting other Nations that have been generous and have hosted the Earl Marriot indigenous youth), and have Chief Phil in a couple of times to support the club youth. Secondly, we compiled reliable and extensively researched salmon-based educational resources that other organizations are offering for any interested teachers at Earl Marriot or other schools in Coast Salish Territories to use. We hope that some of the following resources are helpful in exploring the importance of salmon in any of your classes or clubs.