Be the Change’s Youth Blog Series highlights blogs written by university student interns at Be the Change Earth Alliance. In the blogs, the interns reflect on their experience completing “Action Packs,” which are learning resources that guide students in research, critical thinking and tangible action related to a global sustainability topic.

Pre-cycling is a conscious process which occurs prior to recycling and ultimately eliminates and/or reduces the actual need to recycle. For example: bringing your own shopping bags to avoid having to use plastic bags. Or, bringing a reusable mug to the coffeeshop in order to avoid a single-use cup. There are many other ways to partake in percycling, but the definitive constituent is: contemplating one’s consumption actions and making choices that will result in zero/minimal waste.

The products that we, the consumers, incessantly purchase are detrimental to the environment, as well as large and small scale communities. There are five components to a product’s 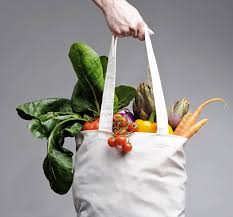 lifecycle, each of them presenting adverse social and environmental effects. Firstly, there’s the extraction stage- where the exploitation of natural resources is utilized for economic gains. Second is the production stage, which is when the aforementioned resources are combined to produce the actual product. Third is the distribution phase, which involves making the product available to us- the consumers. Distribution involves transportation, which contributes immensely to environmental degradation. Oftentimes, products will travel long distances in order to reach their destination. The phone in your pocket? It didn’t just magically appear at Best Buy, it actually travelled over 9,000 kms from its place of manufacture. The fourth stage is consumption, which is when we purchase and utilize the product. The fifth and final stage is what pre-cycling attempts to mitigate: disposal. Once a product has served its purpose, the consumer will dispose of it. But these products don’t just disappear. They end-up somewhere, whether it’s in landfills or our oceans.

An interesting feature of our contemporary products is “planned obsolescence.” Basically, nothing is made to last. Your cell phone? It’s not made to last more than a few years. University textbooks? There’s almost no difference in the 2017 version of a textbook compared to the 2020 version- other than the $100 increase in price. These unnecessary implementations of “planned obsolescence” are all at the benefit of increased profit for companies. And what does this mean for our planet? Increased inequality across international communities, increased water pollution and consumption, mass waste accumulation, and greenhouse gas emissions.

Reflecting on the varying ways that people, communities, financial systems, ecosystems and the environment are affected by our consumer choices is an important step towards shifting consumer behaviour. Even small changes, such as buying a jacket second hand, rather than new, generates progressive change for the world and its inhabitants. Plus, it’s friendlier on your wallet!

I made a list of all the products in my house and compared them against the “GoodGuide”, which is a guide that helps consumers understand the chemical makeup of the products they purchase. I found that many everyday products at home scored low on the GoodGuide scale. This was a good wake up call for me because I always thought I was very conscious about using environmentally friendly products. Being someone who thought I was doing my part, I was surprised that I had never heard about GoodGuide prior to doing this Action Pack. I also convinced two of my friends to purchase used appliances for their new apartments. They were able to get working appliances for much cheaper than newly made ones. As I was tying this up, my computer froze and crashed and this reminded me that many of the electronics built today are not meant to last forever. This is planned obsolescence in action! My computer’s software is in need of major updates but the hardware is too old to support those updates. I feel that it is wasteful to purchase a new computer but in order to keep up, I must spend money on a new one. Overall, this Action Pack helped me see my consumption and disposal choices in a new light, and set me on the path to become a true “pre-cycler”!