A few weeks ago, high school students at Windermere Secondary School helped Be The Change Earth Alliance launch a series of zero waste workshops that between now and June will engage thousands of students to think critically on their food consumption patterns, waste behaviours, and buying habits. This City of Vancouver funded project is one of many action oriented initiatives engaging the general public in sustainability behaviour change.

Over the next few months’ students will take and record measurable zero waste actions in the hopes of reducing their individual, home, and school Waste Footprints. This approach to climate change mitigation addresses the ongoing challenge faced by cities in engaging citizens on the impact their behaviours have on the climate. 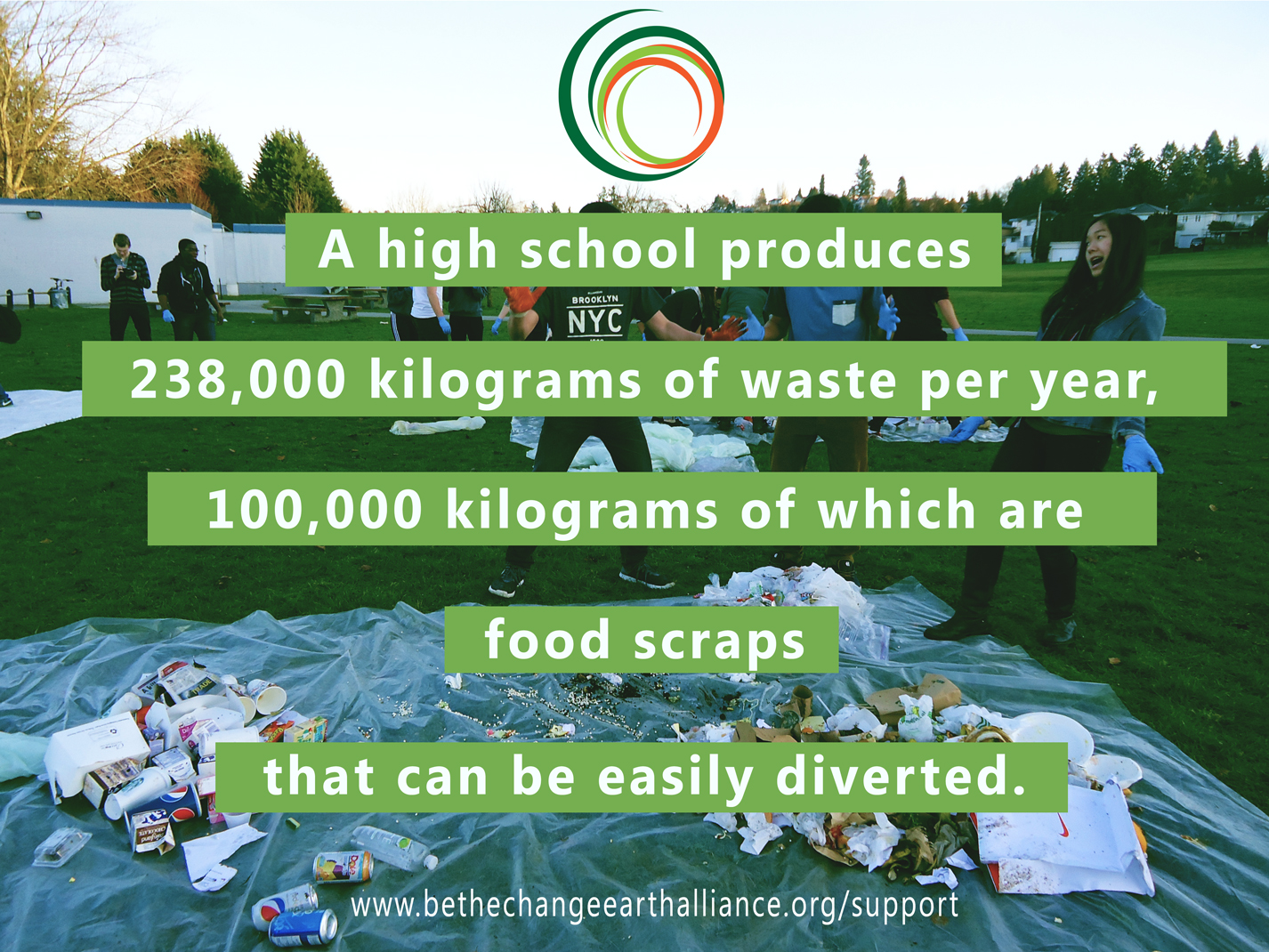 Workshop connects local zero waste initiatives to climate change and supports the 'greening' of Vancouver schools. It explores the issue of waste in detail, introducing students to waste-related topics such as recycling, disposables, Vancouver's litter problem, and over-consumption. Students are invited to explore waste-related topics and to take personal actions and give short presentations to their fellow students about potential actions and solutions to the waste problem.

“Students are eager to learn. We share the belief with the City of Vancouver that youth will hold the largest burden of climate change and should therefore be engaged in the solution,” says Erin Leckie, BTCEA’s Executive Director. BTCEA has been delivering action oriented education on sustainability issues to students since 2011. 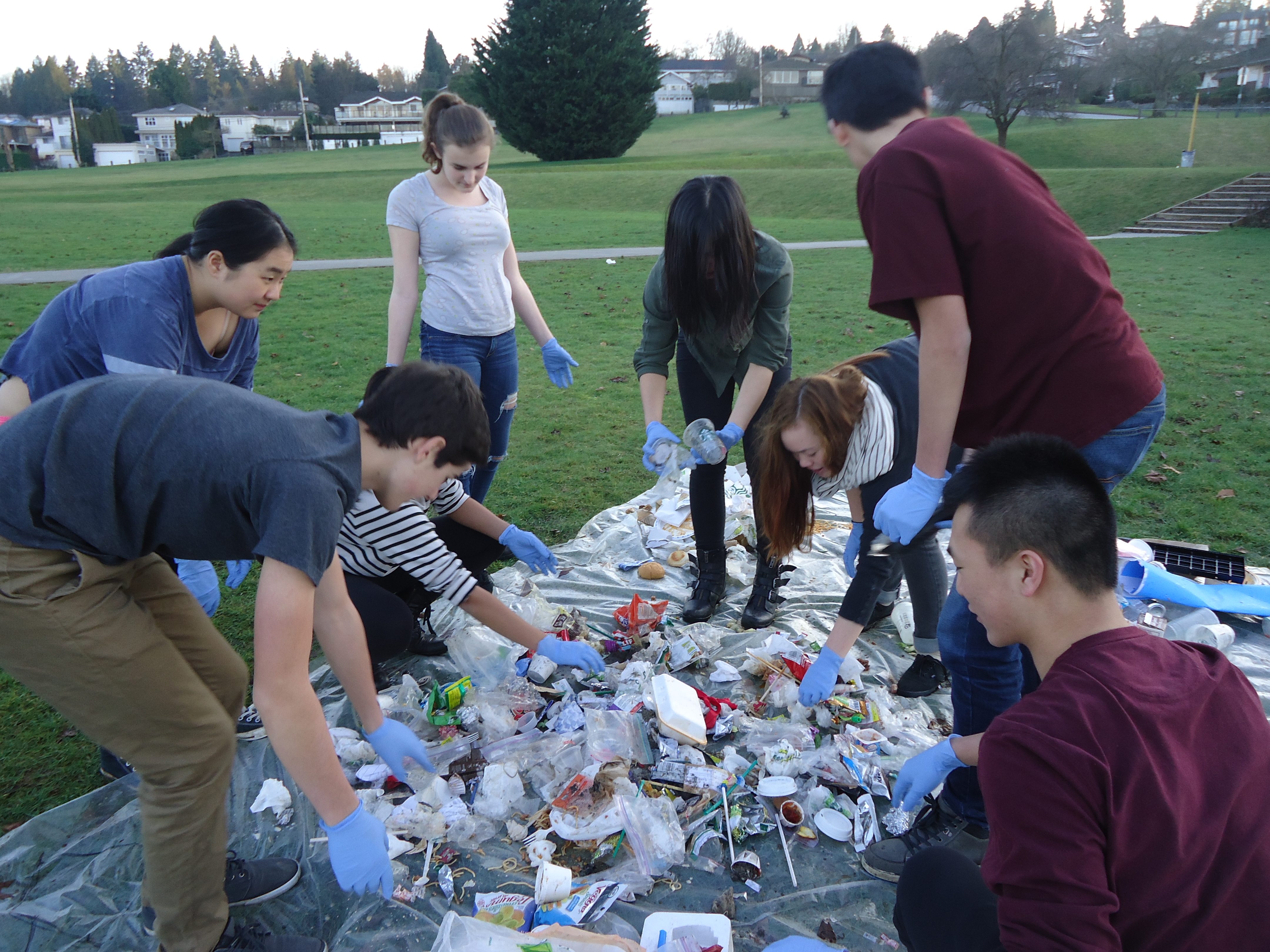 Vancouver residents have an ecological footprint three times larger than the global average. In 2011, the city announced its goal to reduce its Ecological Footprint by 33% below 2006 levels by 2020 and achieve one-planet living by 2050. The Vancouver School Board is putting forward a renewed vision for district sustainability and student leadership will be a big success factor, says the VSB’s Sustainability Coordinator, Ashley Bangsund. “We are doubling down on our commitment to help the city get to the goal of zero waste/zero carbon by 2020 by engaging as many students as possible.”

Between 2010 and 2015, BTCEA has engaged 17,000 students in sustainability education. We believe our overall Environmental Footprint is getting significantly smaller each time we educate a student on their role in creating a shift towards a sustainable culture.

Moving Past The Bin

Vancouver is taking steps to improve its Ecological Footprint, which means getting youth on side. Students are really an untapped resource for sustainability performance improvements says Jen Holden, BTCEA’s Communications and Development Coordinator. “Children and youth have a significant influence on the patterns of their parents. From what food is bought to how waste is handled. When students ask their parents to change things for the betterment of the planet, the odds are, they listen.” This makes it easier for the City of Vancouver to engage more with less.

Youth empowerment can be very vulnerable, frustration can often lead student back to apathy, which is why teacher support and encouragement are key to motivating them towards sustained action. “Students are feeling more frustrated by the actions of their peers when they chose to place waste in the wrong bins,” reflects Petra Rempel, science teacher at Windemere.

Despite this, students are consuming more consciously – waiting to purchase items and asking whether they need something or merely want it.  “Students are even considering packaging when making purchases and discussing with their families on how to produce less waste.”